Ban on overseas travel for training is a 'disadvantage': Moudgil

NEW DELHI: The sports atmosphere around the globe is becoming a little more mobile after a two-month break. Muscles are in motion again, with players returning to training, as governments the world over have eased restrictions to facilitate...

NEW DELHI: The sports atmosphere around the globe is becoming a little more mobile after a two-month break. Muscles are in motion again, with players returning to training, as governments the world over have eased restrictions to facilitate that.

In India, stadiums have been re-opened, with SOPs (Standard Operating Procedures) put in place by the Sports Authority of India and the National Sports Federations are following up on the guidelines to make the required sport-wise modifications.

The improving situation puts non-contact sports like shooting at the front of the 'comeback' queue, but one thing that athletes across sports will have to deal with is the travel ban.

The Indian Olympic Association (IOS), in consultation with the NSFs and Target Olympic Podium Scheme (TOPS), has decided that all athletes who have qualified for the Tokyo Olympics or are expected to qualify will not travel overseas for training for the rest of this year.

"I think that will be a disadvantage to shooters," Anjum Moudgil, who booked a Tokyo Olympics quota for India in the women's 10m Air Rifle event told TimesofIndia.com. "But also, it will be really good to keep in mind the safety of everyone." 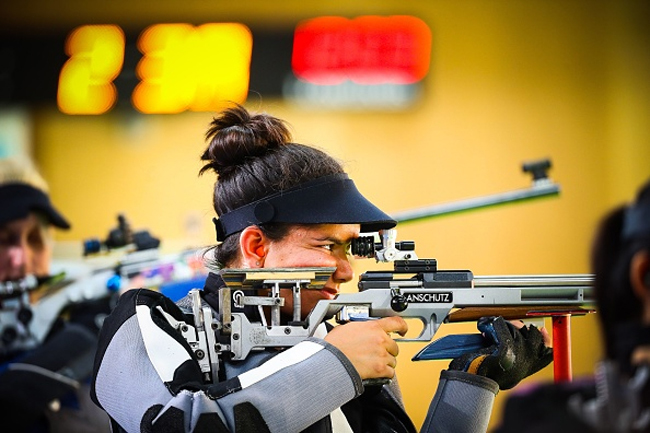 Anjum, who also shoots in the 50m 3 Positions event, bagged the 10m Air Rifle quota with her silver medal at the 2018 Changwon World Championship. She and her fellow 10m Air Rifle shooter Apurvi Chandela were the first to book Olympic quotas for Indian shooting.

However, it's unclear if the domestic shooting season, which usually commences in July, will get the green signal.

Anjum, the world No. 4 in women's 10m Air Rifle added that the National Rifle Association of India (NRAI) has been on the button ever since the lockdown began on March 25.

"NRAI shared a proper plan with us in April, which included detailed planning of day-offs and training during the month of May, June and July. We are following that plan. There is a camp supposed to happen in July," the Arjuna awardee further told TimesofIndia.com.


She welcomed the government's decision to open the stadium doors for training, but stressed on the importance of the 'new normal' of social distancing. 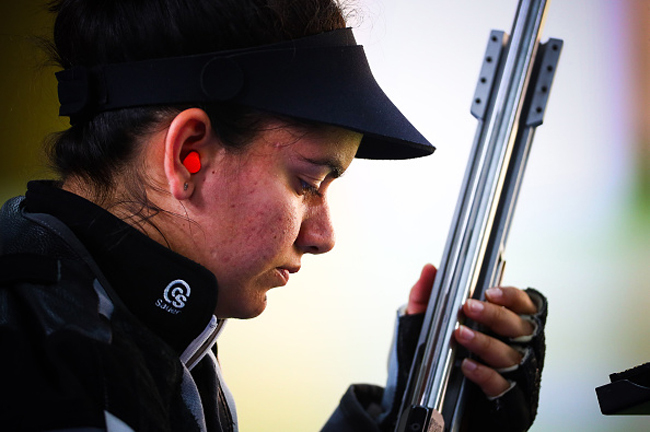 "We got the news that the stadiums will re-open for the athletes to train without the spectators. I think it's a really good decision by the government. This will make sure that the athletes are prepared well for future competitions and also the Tokyo Olympics (in 2021).
"We will make sure that we follow the protocol of maintaining social distance, wearing masks and keeping the place hygienic," said the 2018 Commonwealth Games and World Championships silver medallist.
Before the decision on the postponement of the Olympics was taken last month, the New Delhi ISSF World Cup became the victim of the coronavirus, as sports action around the world came to a halt. Following that, the ISSF (International Shooting Sport Federation) decided to postpone the Munich World Cup as well, along with the Junior World Championships in Suhl.

Living with less must be the new reality of the post corona world: Anand

Mobile adoption continued to grow in 2020, in part due to the market forces of the...

Kangana Ranaut has been giving fans a glimpse of her brother Karan’s wedding ceremony...

Australian Open: Finally, focus shifts to the game after...

Parineeti's childhood pic is too cute to miss

Parineeti Chopra is quite active on social media and has been updating fans about...

Jasprit Bumrah released from Indian Test squad due to personal...

AHMEDABAD: Fast bowler Jasprit Bumrah will miss the fourth and final Test against...

GUWAHATI: Two research scholars of IIT Guwahati have submitted an idea of a benchtop...

MUMBAI: The Baroda Cricket Association (BCA) has sought a report from the manager...

Schools in Nagaland reopen for students of Class 6 to 12

KOHIMA: Schools in Nagaland which were closed since March last year due to Covid-19...