Despite the classification of ride-hail drivers as “essential workers” during the early days of the pandemic, last April Uber’s business dropped by 80%. Drivers decided they’d rather not risk contracting or spreading COVID-19 for the measly... 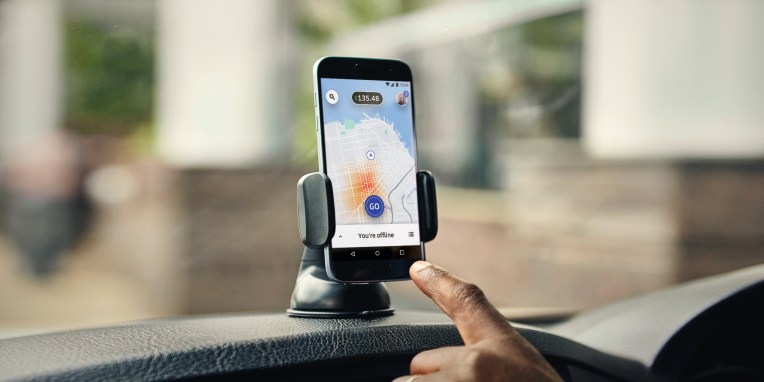 Despite the classification of ride-hail drivers as “essential workers” during the early days of the pandemic, last April Uber’s business dropped by 80%. Drivers decided they’d rather not risk contracting or spreading COVID-19 for the measly revenue provided by the few rides per day they were getting, so when the federal CARES Act extended the Pandemic Unemployment Assistance to gig workers, many Uber drivers decided to hang up their keys.

With more than a quarter of the U.S. population already vaccinated, Uber is now in a sticky situation wherein there are more riders requesting trips than there are drivers available. The ride-hailing giant not only wants drivers to know that there’s business to be had once again, but they also want to sweeten the deal with incentives.

On Wednesday, the company announced the launch of a $250 million driver stimulus to welcome drivers back into the fold and recruit new ones as the pandemic begins to ease in the U.S. Both returning drivers and new drivers will be receiving bonuses over the coming months, according to an Uber spokesperson.

“In 2020, many drivers stopped driving because they couldn’t count on getting enough trips to make it worth their time,” reads the blog post announcing the stimulus. “In 2021, there are more riders requesting trips than there are drivers available to give them — making it a great time to be a driver.”

Due to high rider demand and low supply of drivers, the current median hourly rate for cities like Philadelphia, Austin, Chicago, Miami and Phoenix is $26.66, which is 25% to 75% higher than they were in March of last year. Uber wants drivers to take advantage of the higher earnings now because “this is likely a temporary situation.” Meaning as the country recovers and more gig workers get back behind the wheel, earnings will likely decrease from their current levels.

The stimulus money will go on top of those hourly rates, a spokesperson told TechCrunch. The incentive structure will be based on individual activity, as well as location. For example, in Austin, current drivers are guaranteed $1,100 if they complete 115 trips. In Phoenix, they can earn an extra $1,775 for 200 trips.

“We will have more guarantees coming in both those cities as well as all the other markets we are targeting in the U.S. – the dollar and trip amounts may just change slightly depending on local factors,” said the spokesperson.

The money will also go toward guaranteed minimum pay and on-boarding for new Uber drivers, and the full $250 million pool is coming directly from Uber’s pockets. The company’s shares declined as much as 3.6% during trading on Wednesday.

Uber is also aiming to help streamline the process of getting drivers vaccinated with an in-app booking portal as part of its partnership with Walgreens.

This story has been updated to clarify that the example incentives for Austin and Phoenix refer to financial guarantees offered to current drivers in the past few weeks.

New Zealand's Ardern says her party has mandate to lead...

I knew that if I get a chance I will take it: Shikhar Dhawan

PUNE: One wouldn't know whether Shikhar Dhawan was referring to his own batting...

Ayushmann Khurrana on friendships in B'wood

From Chandigarh to Mumbai, and from radio and television to movies — Ayushmann Khurrana’s...

NEW DELHI: Even without the services of all-rounder Ravindra Jadeja and fast bowlers...

WASHINGTON: Secretary of State Antony Blinken has kicked off his first month in...

PARIS: Fourteen alleged accomplices to the Islamist gunmen who attacked the French...

CHENNAI: Swashbuckling wicketkeeper-batsman Rishabh Pant will be preferred over...

UNITED NATIONS: China and 25 other countries have called for the immediate lifting...